Look Under the H for the Money!

By 1954, the venerable HOLLYWOOD sign had been the symbol of Tinseltown for over three decades. The fifty foot high milestone on Mount Lee was emblematic of the aspirations of those worthies who appear everyday in Hollywood in pursuit of their respective holy grail.

Most didn’t make it and still don’t. There were more than several who longed too much and cared too little that became authentic casualties. Let us offer a moment of silence for those unfortunates as personified by unemployed actress Peg Entwistle whose despondent swan dive to eternity off of the top of the Hoccurred in 1932.

Although L.A. Times publisher Harry Chandler originally erected the original HOLLYWOODLAND sign to publicize his upscale housing development, the real estate company eventually played out. The City of Hollywood took over a landmark in disrepair in 1949 that was a direct reflection of the twin devastations – television and the Blacklist – currently convulsing the town.

The decrepit LAND portion of the sign was mercifully amputated and the city fathers restored the fallen H. The HOLLYWOOD sign had reached its majority. What better way to celebrate this right of passage than with a movie debut?

Down Three Dark Streets (1954) was the third motion picture made by the team of Arthur Gardner, Arnold Laven, and Jules Levy. The three men met while serving in the Army Air Corps Motion Picture Unit during WWII (along with Ronald Reagan, Clark Gable and William Holden) and pooled their collective talents after the war.

Beginning with one of the first serial killer movies, Without Warning! (1952) Laven directed and Gardner and Levy produced a string of well-crafted “B” crime noirs and science fiction features that were released by United Artists. The association would endure through a plethora of movies and television shows into the 1970’s including The Rifleman and The Big Valley.

(FYI: Messrs Laven and Gardner are still with us with the 98 year old Arthur Gardner regaling me during a phone conversation this year about his acting work with Lew Ayres in All Quiet on the Western Front in 1930!)

Down Three Dark Streets had the added luster of exec producer Edward Small (1891-1977) who actually was short in stature, but was a highly regarded producer when it came to parlaying modest budgets into moneymaking films.

Small was a practitioner of the docunoir style, bringing his version of the Louis de Rochemont template created at Fox (The House on 92nd Street, 13 Rue Madelene, Boomerang!) to the short-lived, but memorably artistic Eagle-Lion Studios for T-Men and then Columbia for Walk a Crooked Mile.

All of these films shared a commonality of opening presentation. There was always the officious voice over narration (Streets has announcer Knox Manning pinch-hitting for the sonorous Reed Hadley who resonated like the federal version of Moses) intoning chapter and verse about the peerless fortitude of the F.B.I., Treasury Department or some other agency that would be subsequently discredited during a future decade. The story itself is invariably branded as “true” as it was from “the files of…” as rolling stock footage of exterior Washington D.C. buildings would transition into a long shot of governmental clerks toiling in a bureaucratic anthill or smocked Feds ferreting out evidence in a laboratory replete with Bunsen burners and test tubes.

The theme of Down Three Dark Streets concerns three different cases which run together and are ultimately resolved by the Los Angeles F.B.I. office led by Special Agent in Charge (SAC) John “Rip” Ripley. “Rip” was an appropriate moniker for any character portrayed by the relentless Broderick Crawford.

Although the Crawford persona is reminiscent of an amok bull elephant, he is remarkably cool, competent and taciturn in this film. The burly performer hadn’t been noticeably slowed as yet by his prolific boozing. As a sad aside, a Crawford contemporary remarked to me once that the actor’s lengthy career was a case-in-point on how much sustained alcohol abuse that a human being could absorb over decades and yet still function effectively.

Brod certainly didn’t need to play the heavy in this one; if nothing else, he was required to sort out the rapidly increasing body count. Gas station jockey William Schallert is gut-shot by an escaped con before the film is five minutes old. Schallert is quickly joined in mortal passage by Crawford’s partner, Kenneth Tobey who gets it in the back while shadowing Ruth Roman’s apartment building.

Despite variant diversions including knockout Martha Hyer – was she ever born to play a B-Girl! – flirting with Crawford and a sadistic Claude Akins backhanding a sightless young woman (“I don’t go for this blind stuff!”), the case involving Miss Roman is the tenuous glue that holds Down Three Dark Streets together.

Ruth Roman is a young widow who inherited a ten grand insurance payoff when her husband died. Someone close is launching a war of nerves to shake her down. There are threatening phone calls with disguised voices along with a late night rendevous in a cemetery. All the while Crawford’s minions crouch in the basement, recording everyone and discovering bupkiss.

a down and out neighbor (Alexander Campbell) along with a dedicated housekeeper (Myra Marsh) and… a wonderfully sleazy Uncle played by Jay Adler. Appearing perpetually guilty, Adler was perfectly suited for this particular turn.

Jay Adler was a charter member of the famous acting clan (Luther, Stella, et al), but he was the definitive black sheep. On location for Saddle the Wind, Jay fessed up to director Robert Parrish that his family tried to straighten him out during a wayward youth by sending him to a military academy. “It didn’t work though”, admitted Adler sheepishly. When asked about what occurred, Adler casually offered that he ran away from the school after setting the building ablaze!

As “Uncle Max”, Adler is a security guard nursing a serious pony jones who lives with his niece.. He slips into Roman’s bedroom and ogles her in a slip until she spots his leering face in the bedroom mirror and 86s him out of the boudoir. Ruth was an appealing actress who added heft to some extremely good movies. She could also certainly fill out a bodice. Question: Were Ruth Roman and Ann Bancroft sisters in fact or just under the mink? (For those of you who are similarly confused, Roman is the pic on the left and the late, great Ann Bancroft is on the right)

La Roman is surrounded by so many losers in Down Three Dark Streets that she eventually gravitates towards the obdurate Crawford who is seemingly startled in realizing that the sultry widow might be more interesting than a musty case folder.

It all ends up at the HOLLYWOOD sign. In a scene that appears to be shot in the late afternoon, Roman is summoned to stash the ten grand under the H. There is a wild scamper behind and under the sign as the murderer is unmasked and eventually nabbed at a roadblock on Beachwood Drive; the residence locale of the late Peg Entwistle, by the way.

Brod eyeballs a grateful Ruth and grunts you sure meet some interesting people on the Job. The Nash prowl cars then glide away from the film debut of the HOLLYWOOD sign.

The HOLLYWOOD sign would go through additional decades of decline and renewal with many future appearances on screen. I wonder if the prop man picked up all of the phony money when they wrapped the final scene of Down Three Dark Streets in 1954. Or is something still buried under the H? 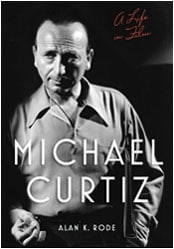 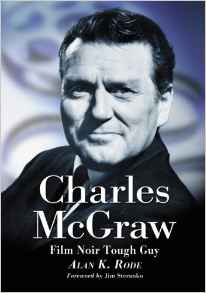 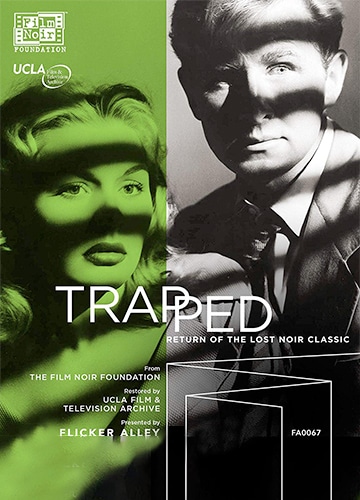 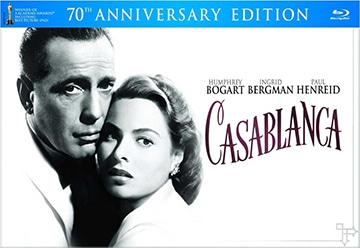